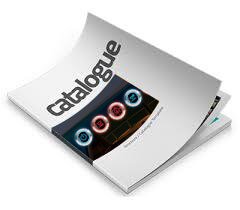 Langir’s PZ12 piezo switch is one of the types of piezo switches that do not possess light or illumination.

It is also called referred to as the piezo touch switch.

Just like a standard push button switch, a PZ12 piezo switch is also used as a control switch for connected appliances or equipment for it to turn on or off, and also perform other functions.

The first feature of the PZ12 piezo switch is its lack of illumination when compared to other piezo switches.

Its appearance has a clean surface made from metal such as aluminum or stainless steel making it robust and corrosion resistant.

The most notable feature is that just like the other piezo switches, the PZ12 piezo switch does not have any movable parts, which means no parts to wear and tear pushing its lifespan to up to 50 million cycles.

It can also be sealed in IP68 up to IP69K for total dust and water proof properties.

The PZ12 piezo switch works starting by applying pressure on its surface causing it to bend and activating the piezo crystal that is housed inside a module that is positioned beneath the surface of the switch’s head.

This activation produces the electrical energy that starts up the component called FET or Field Effect Transistor.

This action triggers the switch’s assembly which causes the current to flow through.

The FET goes back to its resistive state until its next activation after the depletion of the electric energy. 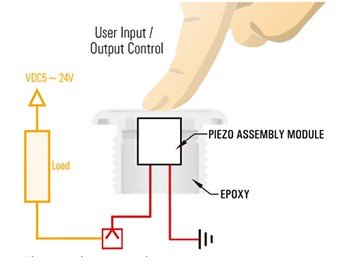 Working principle of the piezo switch

At first glance, the PZ12 piezo switch and the capacitive switch may be difficult to tell apart due to their similarities in appearance.

In general, both of them have a flat head, made from a type of metal, and both have properties such as dustproof and water resistant.

Also, both do not have mechanical or moving parts that prolong their lifetime.

The difference between the two is the internal mechanism that makes them work as a switch.

The PZ12 piezo switch works using the piezoelectric effect while the capacitive switch uses the electrical charge from the human body to interfere with its capacitance field and trigger the switch.

The Application of the PZ12 Piezo Switch

There’s a diverse application of the PZ12 piezo switch such as in the hospital and laboratory machines, mining equipment, military applications, food preparation and packaging, factory conveyor systems, oceanographic instruments, and so on.

It can also be found on business and home appliances such as food processors, bathroom showers and bathtub controls, car wash businesses, automatic gas pumps, etc.

How to choose the best PZ12 Piezo Switch

When choosing the PZ12 piezo switch, it’s best to check your application requirements.

Some applications need water proof piezo switches especially when they are going to be mounted on surfaces or areas where they can get wet.

Look for the IP68 or IP69K seal as these indicate that the PZ12 piezo switch is waterproof.

When your application requirement needs a tough piezo switch that will endure frequent use then you can look for anti-vandal PZ12 piezo switch.

Sometimes, you will a PZ12 piezo switch with the same properties making them the best switch for harsh environments.

Langir has specialized in making piezo switches for decades, always improving and looking for ways to provide you with high quality switches for any application.

The PZ12 piezo switch that Langir makes is durable, versatile, and wear-proof.

You can be sure that whatever application you will use it for, it will deliver reliable performance and will last for a lifetime.